← more from
Don Giovanni Records
Get fresh music recommendations delivered to your inbox every Friday. 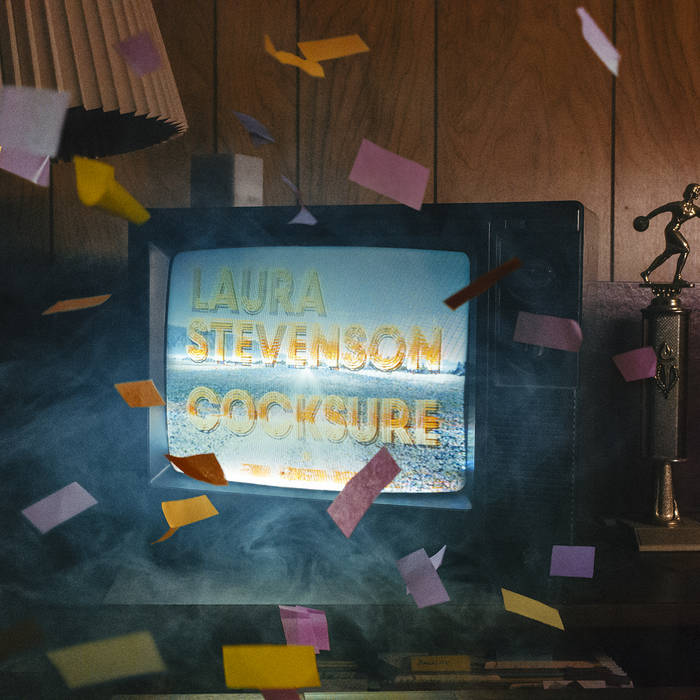 micahmiranda This album is a go-to in the car for the loud rock, the upbeat fun stuff, pumping the emotional juice into the air through open windows. Can't wait to get a record player so I can get ahold of Big Freeze and the self titled album on vinyl. Favorite track: Out With A Whimper.

Anthony Basile This album sounds huge. I was won over by her astounding live show and had to buy the record. Favorite track: Out With A Whimper.

Laura Stevenson is finally learning not to worry. After more than a year of national and worldwide touring following the release of her critically acclaimed album Wheel, both headlining,and alongside such varied acts as Against Me!, The Go-Go’s, Kevin Devine, Tim Kasher of Cursive, and The Gaslight Anthem, the songwriter made the move from her between-tour home base of Brooklyn, to upstate New York’s Hudson River Valley. There, she rented a nineteenth-century Victorian, a former brothel in a cement-mining town-turned hippie-enclave, and converted the attic into a makeshift studio. It was in this space that she and her band went to work arranging and demoing the eleven songs she had written that would make up Cocksure, Stevenson’s fourth album. The record features musicians Mike Campbell, Alex Billig and Peter Naddeo, who in various incarnations have performed with her for over seven years, as well as newcomer Samantha Niss, a long-time Hudson Valley resident and the veritable go-to drummer of the region.

Where 2013’s Wheel was full of lingering uncertainty, harkening to Stevenson’s folk and country leanings, Cocksure is a straightforward, to the point, emboldened rock and roll album. Although some existential dread still peaks through the cracks, Stevenson treats themes as heavy-hearted as sudden and tragic death, self-imposed exile in small windowless rooms, and that back-of-your-mind anxiety that the road you’re on may not be the right one, as their own signs of life; a life that is brightly colored by those realities.

With influences ranging from The Lemonheads, Liz Phair, and The Replacements, to early Weezer and the Smoking Popes, Cocksure maintains Stevenson’s unique vulnerability, and steadfast devotion to a solid and honest melody. In the writing process, she challenged herself to be true to whatever was going to come out of her, with many of the tracks featuring melodies that were purely stream of consciousness. “I felt like over-working it would suck some of the spirit out of the songs… this record needed that spontaneity. Spending so much time editing and second guessing yourself takes all the life out of it.”

This sense of spontaneity was maintained in the way Cocksure was recorded. In May Stevenson and her band traveled city-bound to Room 17, a studio located in her old neighborhood of Bushwick, Brooklyn. “It’s this very positive and amazing space, and Joe Rogers, the engineer, was so enthusiastic about what we were doing. Everyone was comfortable enough to just really play and not get caught up in anything else.” All the main instrumentation on Cocksure was performed live, no clicks/no punches, under the watchful eyes of Rogers and producer Jeff Rosenstock, Stevenson’s long-time friend and collaborator. “Jeff was the perfect person for the job. All of his Bomb The Music Industry! and solo recordings have this energy to them, they’re like living things. I wanted to capture some of the magic he has.” The album was later mixed and mastered by Jack Shirley (Joyce Manor, Deafheaven, Tony Molina) at Atomic Garden Studios in Palo Alto, CA.

Self-assurance is a new hat for Stevenson, and on Cocksure she confronts her usual tendencies toward self-deprecation head-on. “It’s freeing to stop being so hard on yourself, and to quiet down all of the outside noise,” she says. “Once you’re able to do that, you can actually write what you should be writing.”

Bandcamp Daily  your guide to the world of Bandcamp

Bonobo stops by to talk about his new record Fragments